Well tonites the nite, about now 50 years ago the lads were on stage in York belting out those early classics, being at the bottom of the bill they probably would have been overlooked by many of the audience there to see the top billing stars...but by the middle of the year they were top bill and the cultural and musical revolution of the 60's was beginning.

Chris Titley of YORKMIX has commorated the historic event on his website. He also invited me write an article for the webpage and you can read it all here:

Many thanks to Chris for the opportunity to contribute and help spread the word.....


Good evening on BBC Four last nite for a smattering of Beatles related programmes... firstly an excellent documentary on Brian Esptein, it was in two parts and well worth watching (should imagine it will be available on the BBC i-player), although it was quite a few years old now. Gave a great insight into the man behind the myths and stories and was quite sensitive in its approach, its a pretty diverse tale of the man who had everything and could have everything, but deep down felt he had nothing, no family and no friends, and sadly accidentally took an overdose.... I have never read his book, ' A Cellarful of Noise', but will certainly go and buy a copy to read now. The programme also had some refreshing comments from close NEMS/Business associates and Macca himself. 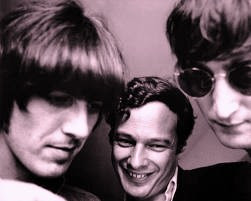 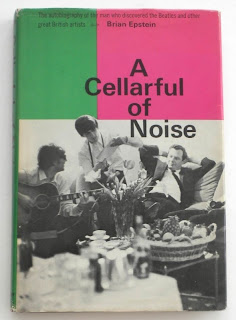 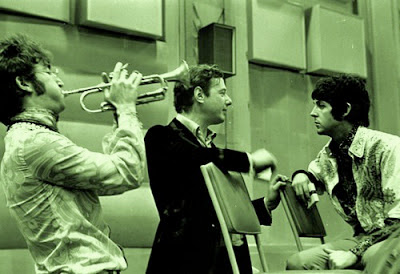 The other interesting progamme was a 'The Beatles' Please, Please Me - Remaking a Classic' shown after the Epstein documentary; I quote:
On the 50th anniversary of the famous 12-hour session at Abbey Road which resulted in the Beatles' iconic album Please Please Me, leading artists such as Stereophonics, Graham Coxon, Gabrielle Aplin, Joss Stone, Chris Difford and Glenn Tilbrook of Squeeze, Paul Carrack, Mick Hucknall and I Am Kloot attempt to record the same songs, in the same timescale, in the same studio. The results will be captured in this programme, presented by Stuart Maconie. Amongst those paying their own tribute to the album's success are Burt Bacharach and Guy Chambers, as well as people lucky enough to have been there 50 years ago telling the remarkable story of what happened that day, including engineer Richard Langham and Beatles' press officer Tony Barrow. 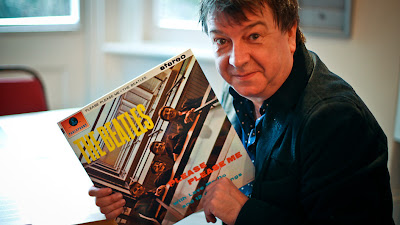 Missed this one but it will be available on the BBC I-Player soon.
Spent today in York, not only delivering stocks of my '1066 Battle of Stamford Bridge' books to the shops, but also hawking the YorkBeatles poster around various venues for some publicity. Some places actually refused to put one up. (i wont name them, but they are off the list of places for us to meet as a society) However most of them were happy and willing to help out  - a big thank you to them. Aso had a piece in a local paper which will help to spread the word and I am also hoping to have some editorial space in the York Evening Press soon.
Cheers Chris.
Posted by Chris Rock at 15:44 No comments: 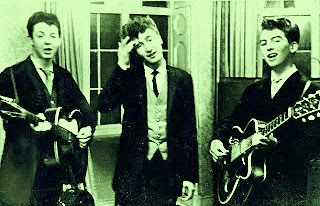 Today in 1958, Paul introduced John to a lanky mate called George, I think it was on the top deck of a bus, and John being the sarky type demanded to hear the lad play a few chords on his guitar. Impressed he eventually allowed George to join the band on the stage every now and then until he became a permanent fixture, at this stage George had not long left school and was still only 16 years old. As Paul later reminisced, ''he had a quiff that looked like a f**kin turban''....

.....such is history. Going to see the Bootleg Beatles at the Barbican on march 7th, hoping they do me a shout out after the show for some free publicity, emailed them for the favour but no reply yet.....fingers crossed.
Posted by Chris Rock at 20:50 No comments:

Hi.
Well, I spent a pleasant but, freezing afternoon walking around York yesterday distributing some posters and talking to people...and the buzz is good, I get the impression the society is well overdue and going to be well received. Lets hope followers and web viewers respond.... 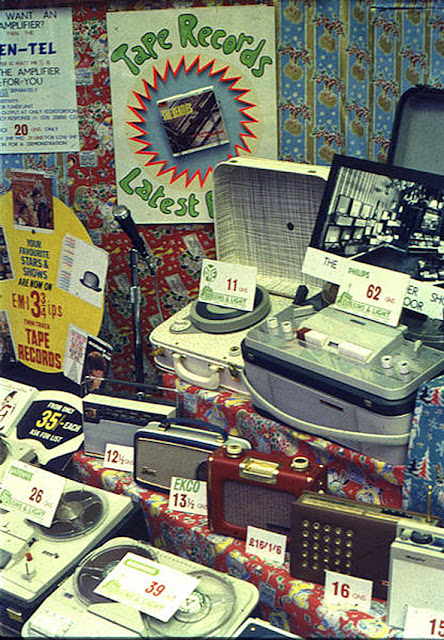 Heres another interesting image of a York shop front in the sixties, the photo is unidentifed (anybody out there know where?), but its obviously a electrical or music shop. It's Christmas 1963, the Beatles' Please Please Me is on sale as a tape and you can buy a PYE or PHILLIPS tape deck from 11 bob?? (shillings, - oh ok, about 60p in todays money) or as nice selection of transistor radios....check the xmas wrapping paper out! And I bet those retro electrical goods are worth a damn sight more now....!


And finally for today here is a very interesting bit of footage of sixties York.

shot from the side car and back of a motorbike, its a hands on ride around York, its a bit shaky and very poor quality now, but its worth a view just for the social history thats been captured. The lads are larking around and having a good laugh on the bikes and ignoring every health and safety law know to man!